The 16th annual LaJolla Writer’s Conference is coming up on November 11-13th. At the August meeting, Antoinette Kuritz, Conference Organizer, offered SDWEG members receive a $60 discount.  Many members picked up forms at the meeting where Antoinette Kuritz presented.  Those who did not pick up a form can still take advantage of the discount by registering online or calling to register:

Please note that the following information was not confirmed at the time Antoinette presented.

Every year the organizers try to bring something new and special to the LJWC, and this year it is Grace Doyle. Grace is the Editorial Director of Thomas & Mercer, an imprint of Amazon Publishing.

For your members who would like to explore being published by Thomas & Mercer, Grace Doyle will be in conversation with Author Andrew Peterson during the Saturday afternoon keynote.  She will also be conducting read and critique workshops and will be  fielding pitches in the seven-minute pitches at the sixteenth annual La Jolla Writers Conference, November 11-13, 2016, in La Jolla, CA. (www.lajollawritersconference.com or 858-467-1978).

Founded as a labor of love, the La Jolla Writer’s Conference is one of the most intensive writer’s conferences in the country. The hand-picked, all volunteer faculty includes multiple New York Times bestselling authors to nationally recognized agents, editors, publishers, and media experts. The conference offers writers of all levels the opportunity to learn more about the art, craft, and business of writing in one of the most intimate settings possible.  Dedicated to fostering great relationships, the La Jolla Writer’s Conference has welcomed attendees from more than 43 states and 4 countries.  Named by Writers Digest as “one of the 84 conferences worth your money,” this gathering is a non-commercial learning place, with no up-sell, and a maximum of 200 attendees.  Your only additional cost is lodging and any books that you choose to purchase.

The San Miguel Writers’ Conference & Literary Festival is looking for three writers to join them February 15–19, 2017–as their guests!

Submit your poetry, fiction, or creative nonfiction to our writing contest before November 1, 2016, for a chance to attend the 12th Annual Writers’ Conference.

Winning the contest is an exceptional opportunity for writers to attend workshops; hear keynote speakers such as Naomi Klein, Billy Collins, David Ebershoff, and others; and to network with literary agents.

So far the organizers have not received many entries and anyone who enters has a very good chance of being chosen. 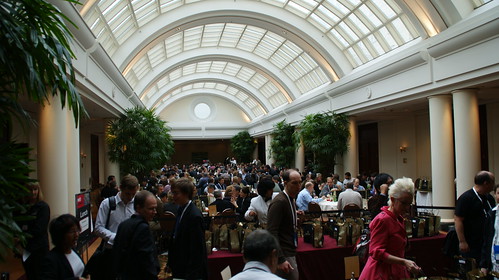 The La Jolla Writer’s Conference will be held November 11-13th, 2016 at the Hyatt Regency in La Jolla. 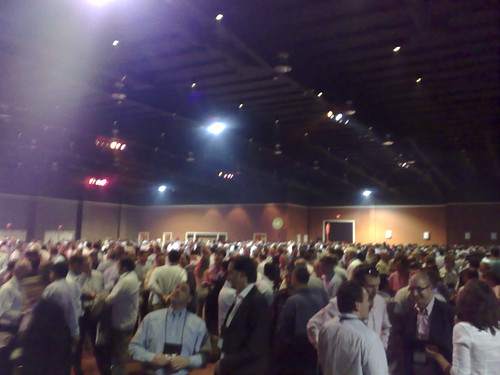 The La Jolla Writers Conference will be held November 11-13th, 2016, at the Hyatt Regency in La Jolla.

From the June Newsletter. 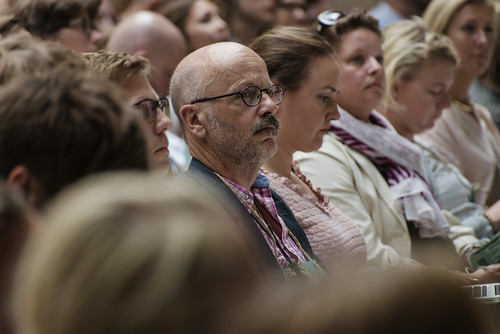 The La Jolla Writers Conference will be held November 11-13th , 2016 at the Hyatt Regency in LaJolla.

From the March 2016 edition of the newsletter

The Kingdom Writers Conference will be held from 4 P.M. Friday July 8 until the end of a 6 P.M. session on Saturday July 9 at Citadel San Diego Church in Vista. Speakers will include William Paul Young, author of The Shack, and Peter Berkos, winner of an Academy Award.

Cost for the conference is $59.00/person. A VIP dinner for a limited number of attendees will be held on Thursday evening before the conference for an additional fee. For details and registration go to http://www.braewyckoff.com/#!writersconference/biz6h.

A message from Elizabeth Pode of Point Loma Nazarene University:

The event that has brought writers such as Jeannette Walls, Gay Talese, Amy Tan, Anne Lamott, George Plimpton, Joyce Carol Oates, Garrison Keillor, Dave Eggers, Ray Bradbury, Christopher Buckley, Chris Hedges, Michael Eric Dyson, Bill McKibben and dozens more, has another great week of writing discussion coming up. This year will be as good, if not better, than the others!

Enberg is fascinating for a number of reasons. Not only has he been the voice of the Padres for the last several years, and was inducted in the baseball Hall of Fame last summer, he has also covered the biggest sports events in history. He was the voice of the UCLA basketball team during coach John Wooden’s years when they won so many national championships, he has covered Olympics, Super Bowls, Wimbledon, World Series and on and on. His book “Oh My!” is his autobiographical account of becoming a sports writer and then radio and television personality. His theatrical play about Marquette basketball coach Al McGuire has traveled throughout the U.S. and has won several awards. Vin Scully of the Dodgers is the only other announcer in his league.

And he has a Ph.D. in public health. He thought he was going to teach health and be a coach. Now he’s one of the most recognized voices in all of television and radio. The reason I’m bringing him to the Symposium is that he writes these incredibly artistic essays at the end of the events he covers. They’re beautiful. His essay on Jackie Robinson won an Emmy.

Enberg used to announce for the former Los Angeles Rams football team, which will once again be the Los Angeles Rams, as of last week. He’ll have plenty to say about the Chargers.

Nikki Giovanni was very prominent in the Black Arts movement during the Civil Rights turbulence in the 1960s, and she is still going strong in the current Black Lives Matter movement. With the events involving police shootings in Ferguson, Baltimore, Chicago, Minneapolis and elsewhere, her voice is particularly significant today. Before my interview with her she will perform some of her Spoken Word poems.

She is in her 70s, and is still very active. Oprah named her one of her 25 Living Legends, and she’s been the Woman of the Year in many magazines, including Mademoiselle. Her Spoken Word CD, Truth Is On Its Way, where she has a gospel choir in the background, won a national music award and was nominated for a Grammy.

Her appearance is a collaboration between the Writer’s Symposium, PLNU’s Black Student Union, the Office of Diversity, the LJML Poetry Day, and the Women’s Studies Center.

Details and tickets are at www.pointloma.edu/writers

Webmaster’s note: The Symposium by the Sea is one of three annual writer’s conferences in the area and it is by far the most affordable.

The SDSU Writers Conference will be held January 22-24, 2016 at the Marriott Mission Valley San Diego. For more information see http://www.ces.sdsu.edu/writers/

The San Francisco Writers Conference will be held February 11-14, 2016 at the Mark Hopkins Hotel in San Francisco. For more information see https://sfwriters.org/

The UCLA Extension Writers Program will be held February 11-14, 2016 (four days, 10 workshops, small classes) and will be at 1010 Westwood Blvd, Los Angeles. Go to http://www.uclaextension.edu/writersstudio for more information.

The 2016 Las Vegas Writer’s Conference, sponsored by Henderson Writers’ Group, is scheduled for April 28-30, 2016 in LasVegas. Go to: http://www.lasvegaswritersconference.com for more information.

This year I attended my first writer’s conference. In spite of missing the sessions on the first day (long story, you don’t want to know), I drove away Sunday afternoon with more enthusiasm than I know what to do with, and solid ideas and suggestions that mean I need to revise everything I’ve ever written, but the result will be improved writing. And that’s the point.

Much of the advice I already know – the importance of building platform even before I finish a book (because no publisher will do the work for an author), the importance of a professionally done website and using social media. But Annette Kuritz’s presentation on Cost Effective PR tips included much more. Here are my top ten takeaways from that early morning session:

If you want more information about any of the above 10 tips, add a comment to this post to let me know.

I chose three sessions that dealt with character development. First, Marie Bostwick pointed out the importance of making the supporting characters well-rounded, even if they appear only once, – and how easy it is to do so. Then Andrew Peterson and Lissa Price addressed how to be sure the villain isn’t just a flat character who is 100% evil, a reminder that no character believes himself to be pure evil. Finally, Deeanne Gist rounded out the character development by showing how the hero of any story must change and how using the model of six stages, separated by five turning points, can move the character from lack of awareness of her true essence or identity through challenges that help uncover the longings, needs, wounds, and fears that have shaped her past and kept her from realizing her true essence or purpose, to self-awareness.

I sought out sessions about the challenges during the revision stage – finding those bits that don’t move either the plot or character development along quickly enough and might therefore cause the reader to stop. They need either revision or deleting (Lissa Price). Brennan Harvey’s presentation on world building was useful to help me realize my memoir should provide only enough information about a new place to ensure the reader can relate to what is familiar, at the same time as being intrigued by what is unfamiliar, so he will want to keep reading.

And I attended sessions on what to do once the book is done – the basics of query letters, again with Lissa Price, and metadata and subject codes, with Angela Bole. I was surprised at the number of people who were interested in the geeky topic of metadata, but Angela made it clear it is the heart of making sure books appear among results for the right audience. Martha Lawrence shared her experience on both sides of the author/editor divide (she is both but never for the same book) and addressed the full range of editing stages – macro editing, copy editing, line editing, and proofreading.

Since the La Jolla Writer’s Conference is help in November, which is also National Novel Writing Month, Marni Freedman’s session on how to use both plotter (outlining and planning in advance) and pantser (writing from the seat of one’s pants) approaches to writing was especially appropriate. Instead of choosing one approach, Marni recommends using both. She recommends two notebooks – one labeled “Plot” and the other “Pour.” As ideas come, she recommends writing them in the appropriate notebook until between the two, the story line is clear.

I plan to be at the La Jolla Writer’s Conference again next year. Will you be there?

Early Bird registration which includes CDs of most of the 2015 presentations is open until December 15, 2015. 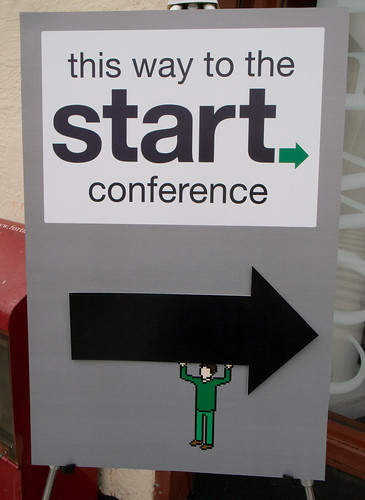 Two additional writer’s conferences have been added to the Calendar of Conferences page, both in southern California in February.

Feb. 16-19, 2016 – Writer’s Symposium by the Sea. The 21st Annual Writer’s Symposium at Point Loma Nazarene University will be a witty and informative interview-based experience where the audience gets to eavesdrop on conversations between authors about the art and angst of writing. For more information, select this link.