one book one san diego, reading

From the May 2016 newsletter

One Book–One San Diego is a partnership among KPBS, the San Diego Public Library, the San Diego County Library, and many other community partners. The purpose of the program is to bring together the community and encourage residents to join in the shared experience of reading and discussing the same book as well as participation in related events.

Nominations from the community are encouraged, but are closed for 2016. The advisory committee is in the process of reviewing nominations. The One Book–One San Diego choice for 2016 will be announced in August. More information can be found at http://www.kpbs.org/one-book/

By Ruth Leyse-Wallace, from the May 2016 Newsletter

In 2004 Google started scanning books with no recompense to authors. The digitized copies can be searched for quotes or keywords and will display paragraphs or pages of content. The Authors Guild took them to court. The Supreme Court recently declined to hear the case, which had reached settlement in Google’s favor in 2011. (A similar program by my publisher [Taylor & Francis] includes my latest book. Ruth L-W)

From the May 2016 newsletter

Submission guidelines for the San Diego Book Awards will be available in June, 2016. For updates go to http://www.sdbookawards.com/submission-guidelines/

San Diego Book Awards is a nonprofit organization of 22 years that is dedicated to recognizing and celebrating local unpublished, published, and selfpublished writers of all genres including poetry, through an annual juried competition that includes an awards ceremony honoring their achievements.

SDBA competition is currently on hiatus for reorganization. Books written and printed in 2016 will be included in the 2017 competition for judging and awards. g p

Our speaker at the May 23 meeting, Larry Edwards, has made his presentation available to all SDW/EG members on his website http://www.larryedwards.com/resources.html. From this page, Resources for Authors, Editors & Indie Publishers, scroll down to the heading for Book Marketing. The presentation, “Using Social Media for Promoting Your Book: The Why, Where, When and How,” is the 3rd item under that heading.

Check out the links under Book Marketing and Forums and under Discussion Groups as well.

A past member of SDW/EG, Linda Loegel (now in North Carolina), shared her newest authoring experience: having her book, Willard Manor, produced as an audio book. The paperback is 219 pages in a 6 X 9” format. Narrating the 48,000 words resulted in an audio book of four hours and forty minutes. It is divided into separate narrations for each chapter.

The work was done by ACX, the audio division of Amazon. Linda had many options to choose from—age and gender of narrator, accent of narrator, style of narration, i.e., serious, breezy, story teller, factual, etc. She was then given the choice of several narrators that fit that category. After she chose one, the narrator sent her a three-minute sample for her approval, then a fifteen-minute sample. When that was approved, she eventually received the completed book to listen to and approve before the final audio edit by ACX.

ACX is also looking for people to narrate their books. Go to http://www.acx.com for more information.

I read everything Ryan Lanz posts on his blog, A Writer’s Path. Here’s an opportunity that I would take up, if I were far enough along with my book. For those of you who have books to advertise, check out his offer.

A Writer’s Path is open for authors to advertise their books. I’m also accepting advertisements on The Book Review Directory and All Romance Reads.

I’m an author, and I know firsthand how difficult it can be to get the word out about your book. If you’re frustrated with your book sales, consider advertising here.

For those of you who are authors, indie or traditionally published, there is an option to advertise your book here on this website. There are several options, including the sidebar book cover images that you see on either side of this post.

For more information, check out the advertising info page.

All members of SDW/EG are welcome to bring their books to display and sell before and after any regular meetings. Additional tables can be set up along the side wall as needed. No pre-planning is necessary.

If you are an author, you can sign up to be part of the Read Local Directory. Read Local’s mission is to encourage reading by connecting readers with authors from their communities and to encourage more people to read more books. Read Local makes it easier for bookstores and libraries to find and feature local authors and also coordinates affordable activities such as street fairs.

A basic listing in the Read Local Directory is free and includes author name, book title, genre, and location. An Extended Listing costs $25 per year. With an Extended Listing you can upload the cover of your book and your author photo, include an author bio, book description, and a link to your website.

Go to www.Sandiego.readlocal.org to join, list your book, or find more information.

SDW/EG Member and Publisher at iCrew Digital Publishing, Rick Lakin, is proud to announce the upcoming release of The Ivory Caribou by Caroline McCullagh, longtime member of the San Diego Writers/Editors Guild.

The Ivory Caribou, to be released June 7, 2016, as an ebook and paperback, tells the story of recently widowed Anne O’Malley who follows the quest that her late husband began in order to discover the genealogical secrets left behind by his father.   The research leads her behind enemy lines in World War I, to a remote Inuit village in the Canadian Tundra, to family she never knew and finally to romance and adventure.

Caroline McCullagh, co-author of American Trivia with SDW/EG Member Richard Lederer, earned a master’s degree in anthropology from the University of California, San Diego. Her diverse writing projects include four novels, a cookbook, a student opera (under the auspices of San Diego Opera), and nine years of monthly garden book reviews for the San Diego Horticultural Society. She also teaches creative writing to seniors two days a week. Caroline has won once and has been a finalist twice in the category of unpublished novels at the San Diego Book Awards.

In 2011, I embarked on one of the harshest undertakings; I placed what I thought was the final draft of my novel in a drawer for one year. Why? Because, as I told others in my most knowledgeable author voice, “A writer needs distance from their material before editing and rewriting.”

While that’s true, the real reason was, the story didn’t work. I thought it worked, it worked in my head, but based on a few shrewd readers it didn’t work in theirs.
During that year–fighting the wicked temptation to tweak pages, chapters and plots–I turned my attention to books on rewriting, in search of a magic key to unlock my manuscript and turn it into a novel, the kind people wanted to read. I took workshops and reaped too many tips to list. All that matters is that nothing helped, until one day. . .

I read yet another craft book, and SHAZAM! You know how it feels when something simple smacks you like a Mack truck of a good idea? Well, chapter 14 in The Weekend Novelist Re-Writes the Novel by Robert J. Ray, did that for me. The ‘objects lesson’ taught me to utilize my story objects (often called plot-devices) as shorthand for backstory and eliminate a lot of dense narrative. 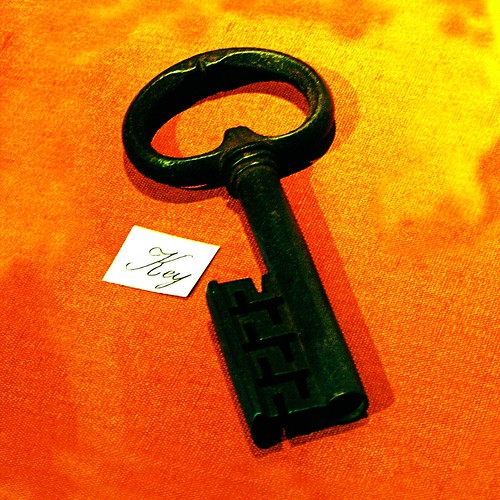 “Objects tell your story, Ray writes. “When you rewrite your novel, you can tighten your story by repeating a single object; car, train, statue, slipper, harpoon, book. There’s a good chance the objects are already there, in your manuscript, waiting to be found, to be selected, to be repeated, to be laid down like neon breadcrumbs in the forest. Readers follow breadcrumbs.”

I began to see the power of storytelling objects everywhere. What’s Lord of the Rings without the ring, Cinderella without glass slippers, The Notebook without the book, or poor little Forest Gump without his box of chocolates?

No glass slippers, no enchanted tale, just a barefoot girl with an unfortunate name who probably does not go from rags to riches and who likely does not find her fella . . . what’s the point?

In Nicholas Spark’s novel The Notebook, that evocative leather bound book literally contains their love story. And that chocolate box on Forest Gump’s lap is a metaphor for the story to come; “Life is like a box of chocolates, you never know what you’re gonna get.” And oh-boy does that plot device set up and deliver a story.

Though easily overdone, an object that’s well-crafted, or emerges organically from setting or characters can establish a character’s values and thus inform and enhance the story.

In a Willamette Writers Conference screenwriting/storytelling workshop taught by Clark Kohanek, he too touched on the objects lesson. “Think about Die Hard,” Kohanek said, “when Bruce Willis enters with the teddy bear. We immediately know that object defines what’s important to him; family.”

That fuzzy teddy bear represents Willis’s values and reenters the story burnt and dirty, but safe, like him, ready to reunite with what he values so much he’d kill for. That object represents the driving force, and heart of the story because it’s valued by the protagonist.

Eventually, in rewriting my novel, the protagonist, Theo Riley, now has a toy soldier, a stack of blood-stained returned love letters, and a photograph of Korean Orphans. This trinity of objects define him, inform his moral compass and ultimately chart his destiny. These objects give the reader an understanding of Theo on a deeper level. They are backstory shorthand, and explaining it once eliminated pages of narration, because when the reader sees the tin soldier, letters, or pictures (Neon Breadcrumbs), they remember . . . because objects are a writer’s magic keys.

Guest post written by Mindy Halleck. Mindy is a Pacific Northwest author, award winning writer, and writing & social media instructor. Her short story, The Sound of Rain, which placed in the Writer’s Digest Literary Contest, blossomed into her first novel Return to Sender. Halleck blogs at Literary Liaisons and is an active member of the Pacific Northwest writing community.

My thanks as well to Ryan Lanz on whose blog, A Writer’s Life, I first read Mindy’s post.